What can you do with a Bachelor's degree or a PhD in Astronomy? You've come to the right place to find out!

Between the years 2014, 2015, and 2016, over half of astronomy bachelor's recipients entered the job market, and only 22% went on to graduate school in astronomy or astrophysics programs. Of those who went into the job market, over 40% were in the private sector in STEM (Science, Technology, Engineering and Mathematics) areas, and another 17% were in the private sector working in non-STEM jobs. Other common employment sectors were at colleges and universities, or civilian government, including national labs.

What can you do with a bachelor's degree in astronomy? 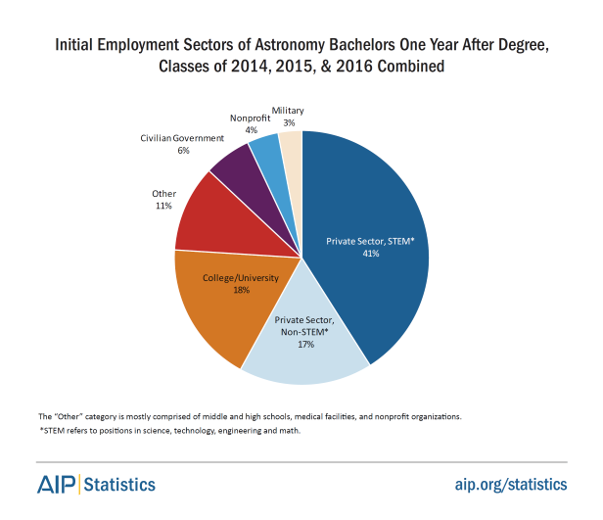 Between the classes of 2014, 2015, and 2016, over half of astronomy and astrophysics bachelors entered the job market, and over half of those were employed in the private sector.

About a fifth of astronomy bachelors in the job market were employed at colleges and universities, typically as a research assistant or at the institution's observatory. Over half bachelors employed in these positions considered their employment to be temporary, with plans to enroll in graduate school with a few years. 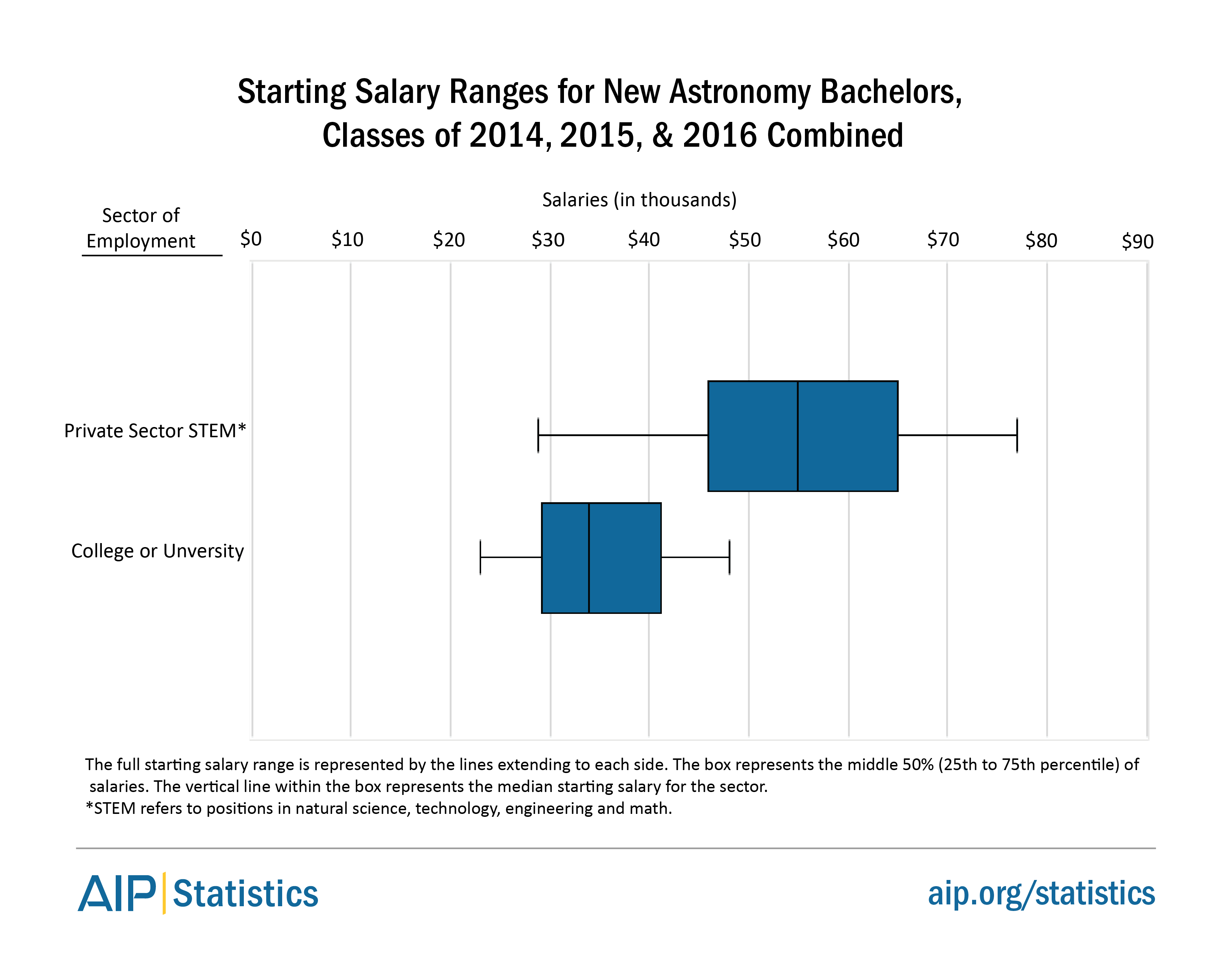 How much do astronomy bachelors earn?

So that's an astronomy bachelor's degree, what about a PhD? 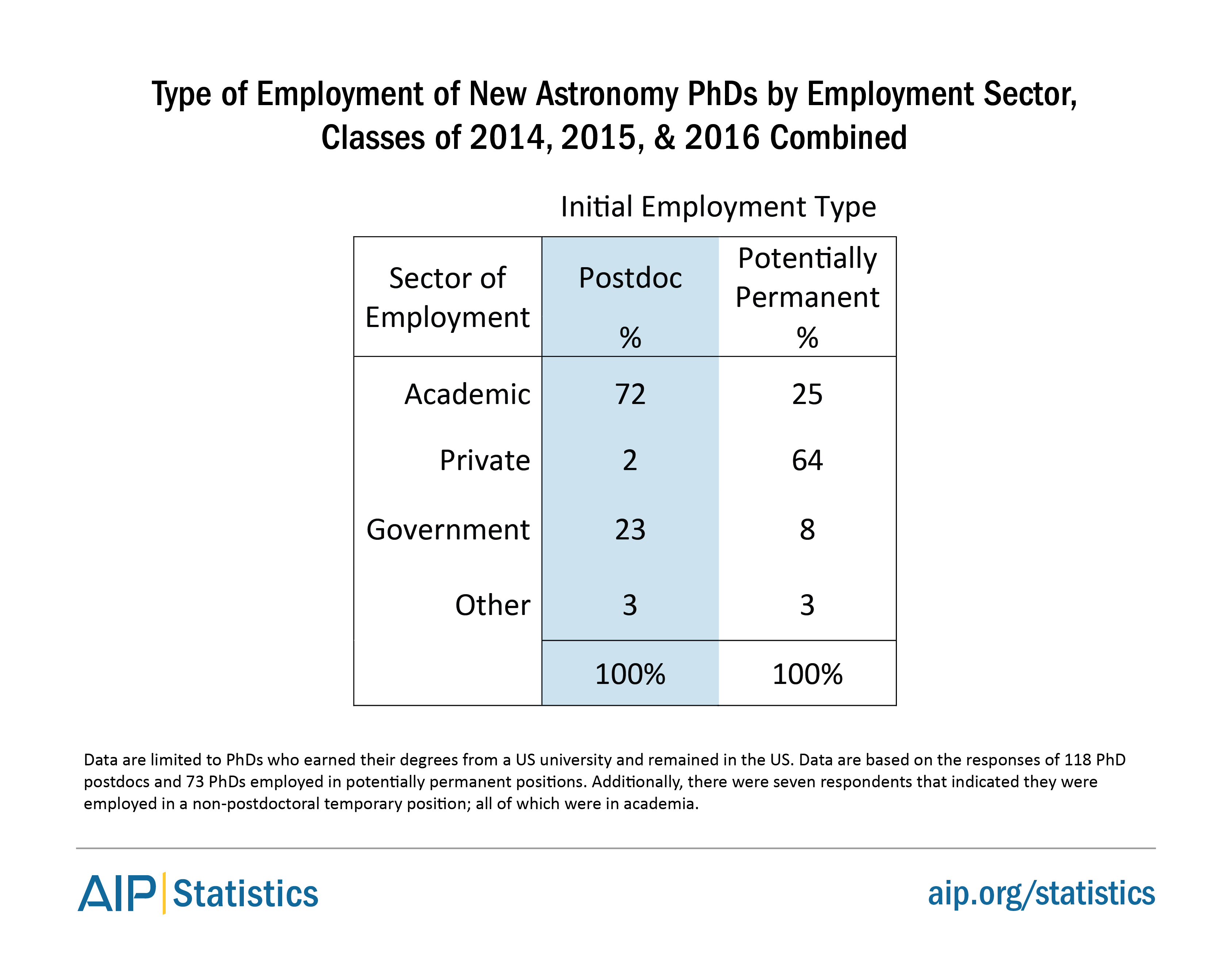 Not all PhDs continue in academia! A PhD can be a great starting point for a career in government or industry.

Approximately 60% of new astronomy PhD recipients accept postdoctoral positions, and 40% enter the job market looking for potentially permanent positions. About three-quarters of postdoc positions are in academia, and most of the rest are in civilian government positions, such as at national labs.

Nearly two-thirds of astronomy PhDs in the years 2014, 2015, and 2016 who took potentially permanent positions were in the private sector, primarily in the fields of software and data science, engineering and business. Typical job titles include "data scientist" and "quantitative researcher".

About a quarter of potentially permanently employed astronomy PhDs were in academia, most with the title "assistant professor".

What about starting salary? 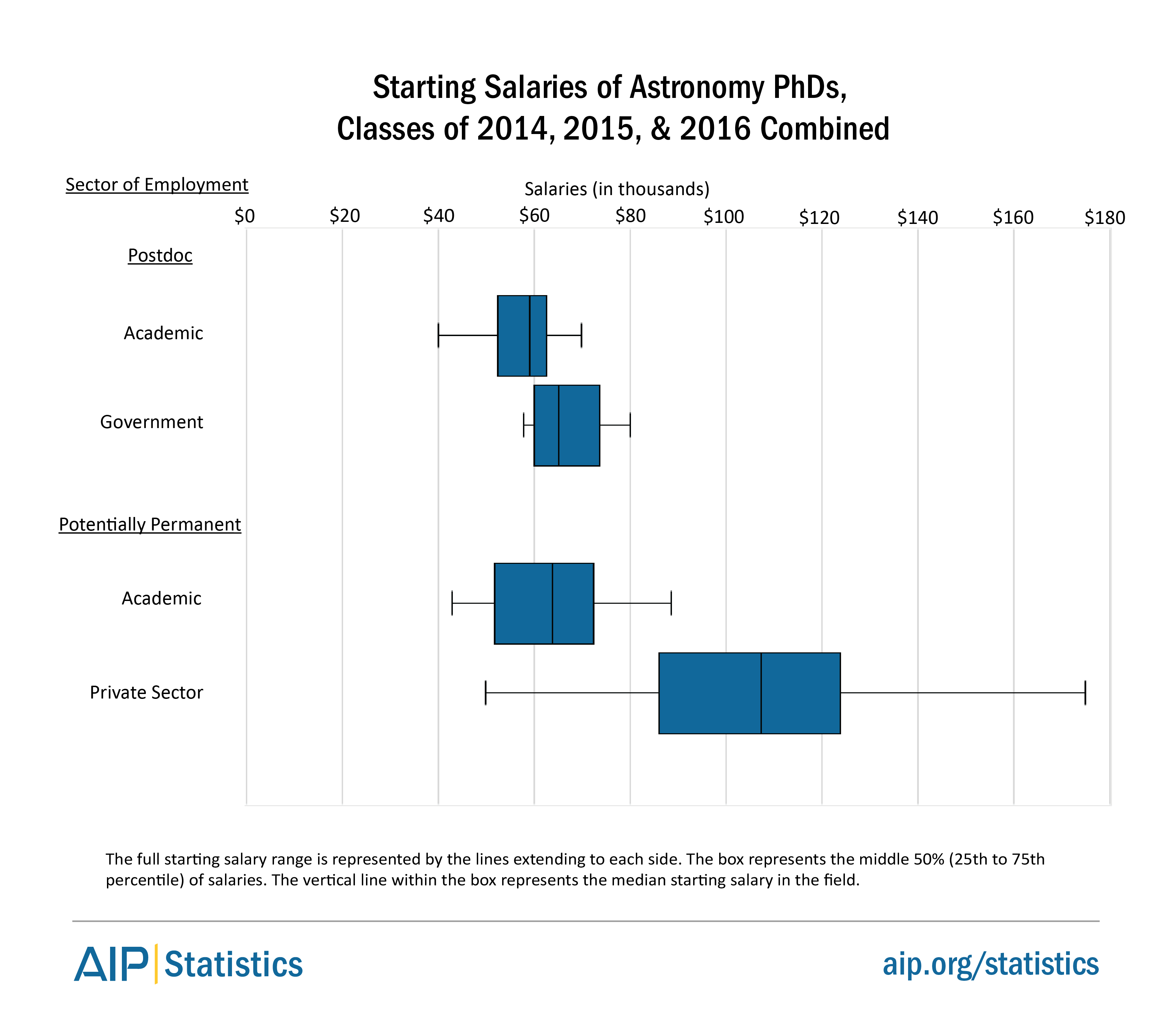 Starting salaries for astronomy PhD holders are higher than for bachelor's degree holders.

Salaries for astronomy postdocs was similar to astronomy bachelors in the private sector, with median salaries for postdocs at academic institutions about $59,000.

Postdoc positions in government and potentially permanent positions in academia had similar median salaries, around $65,000.