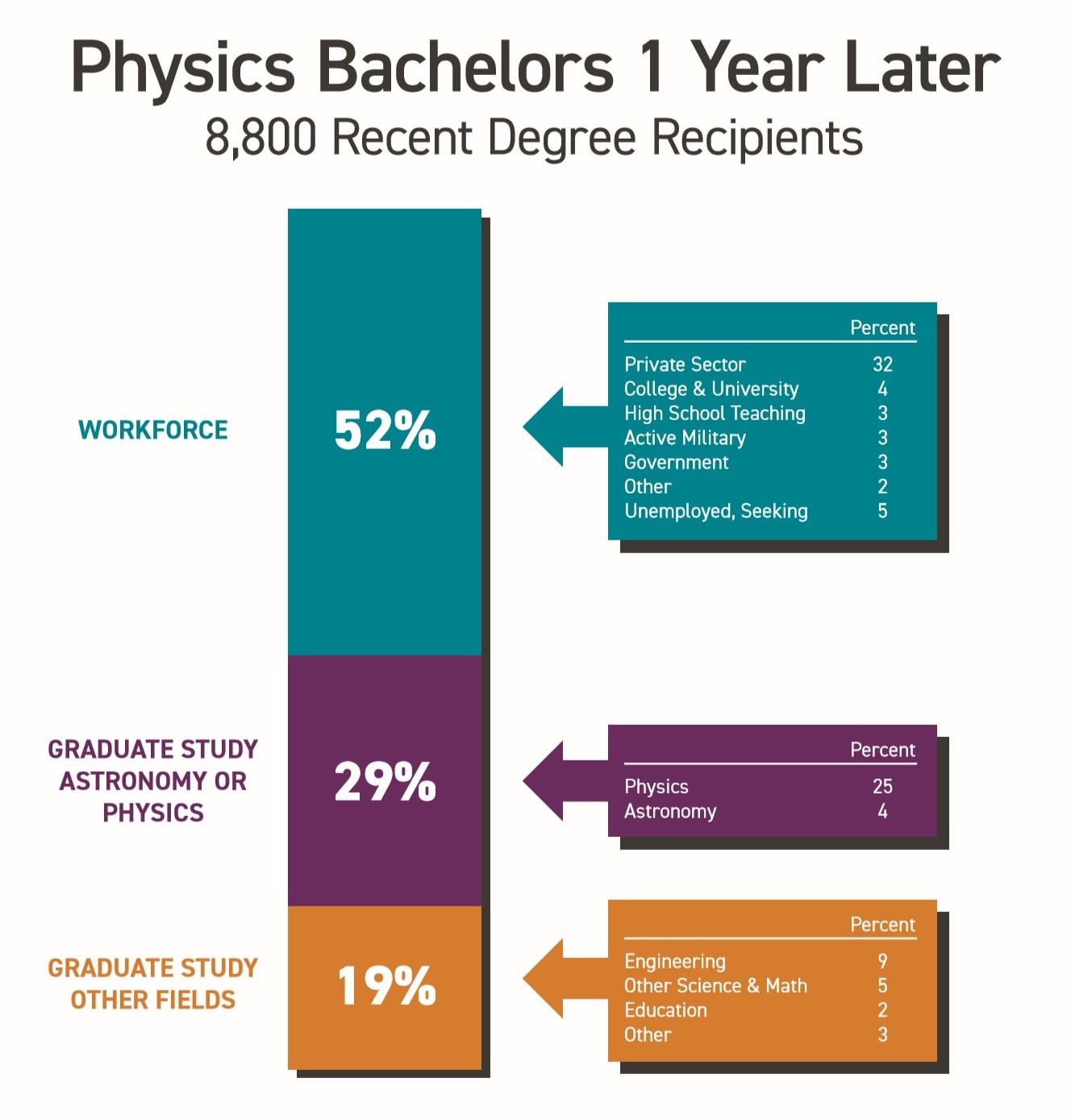 If you're interested in learning about what kinds of jobs you can do with a Bachelor's degree in physics, you've come to the right place!

You can find information about the kinds of employment fields physics bachelors work in, what the typical starting salaries are, the skills employed physics majors use in their jobs, and their levels of job satisfaction. If you're interested in going to law school or medical school, you can see how well physics majors do on the LSAT and the MCAT.

In addition to the statistics you can find on this page, feel free to read through our profiles of physics bachelors to learn more about the kinds of jobs you can find with a physics degree.

All the statistics on this page, and many more, can be found on the AIP Statistics website.

What fields do physics bachelors work in? 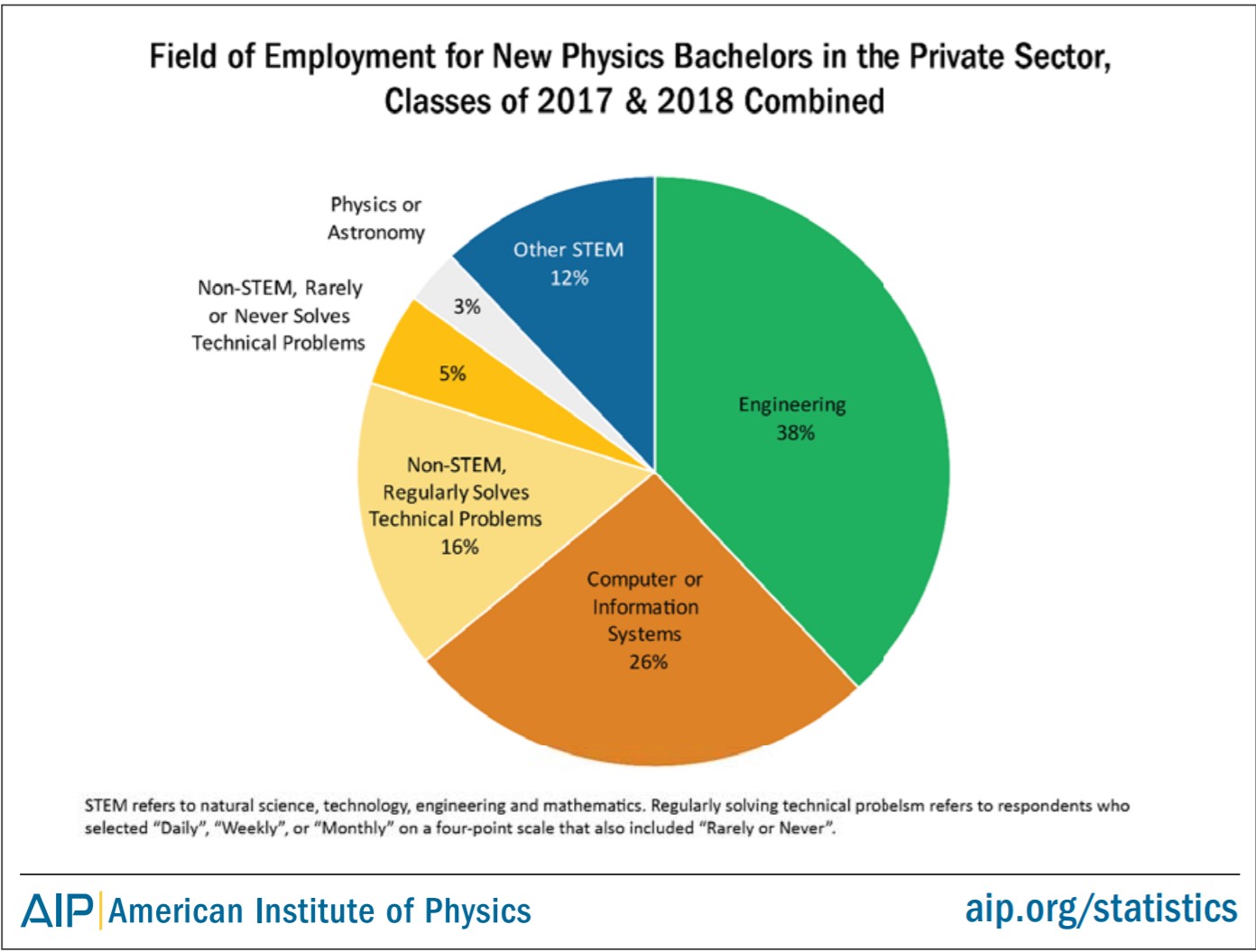 Considering a career in law or medicine? 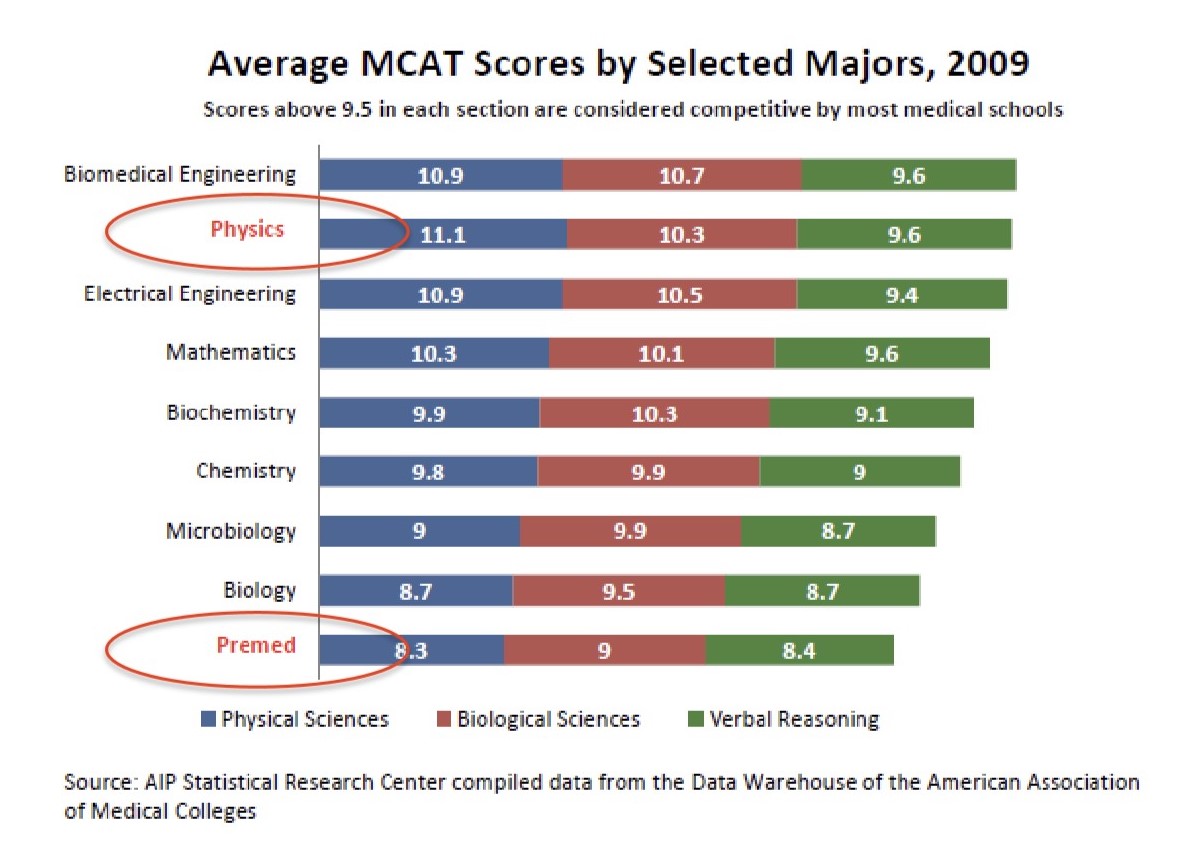 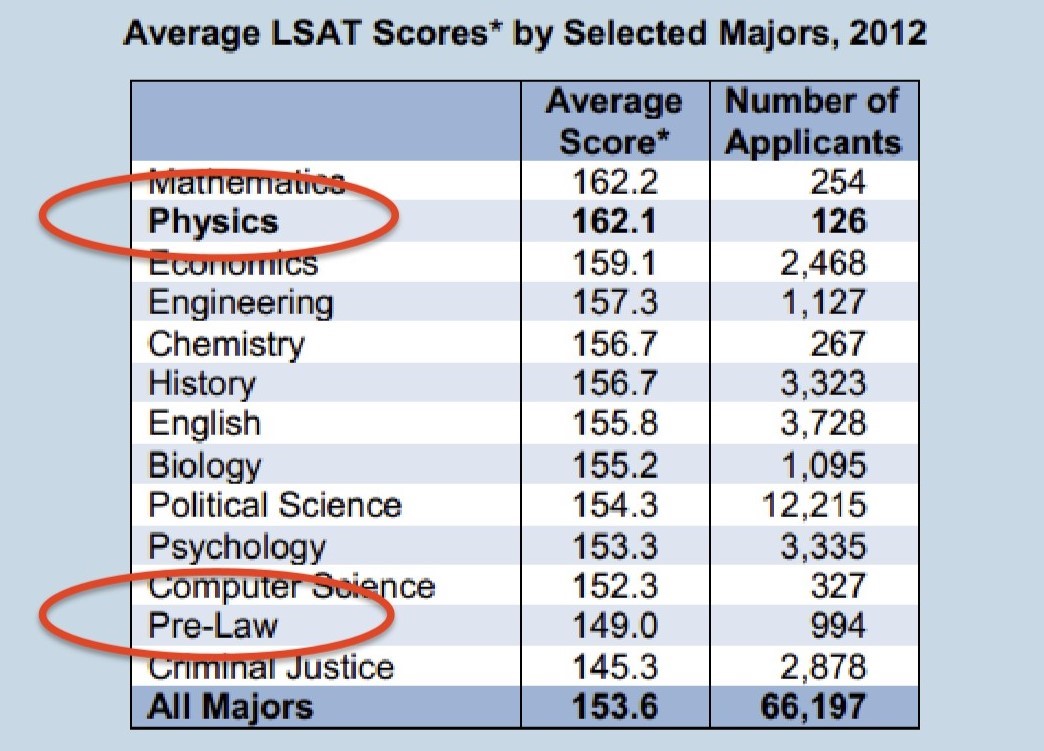 A physics major is a great choice!

What do physics bachelors make? 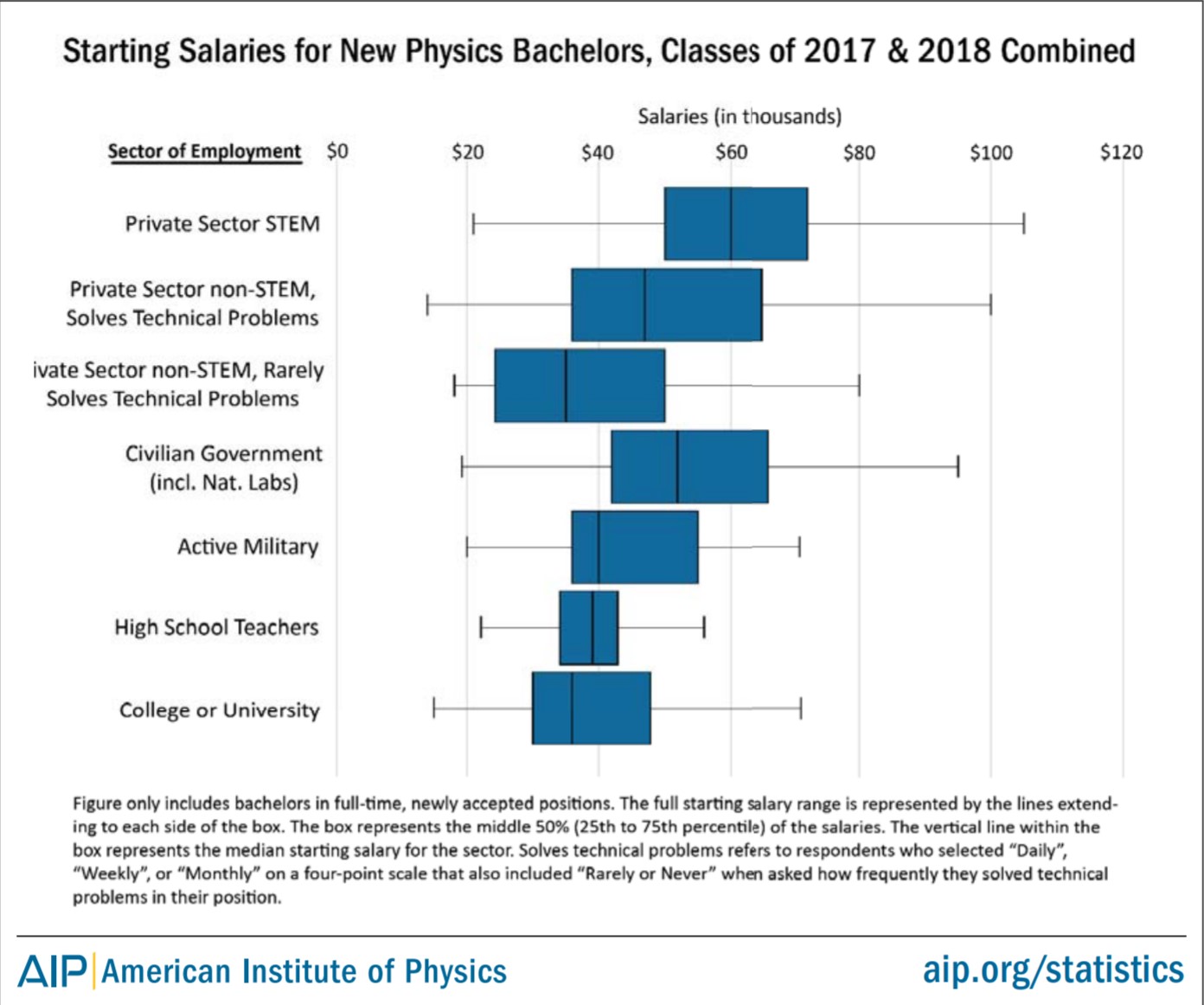 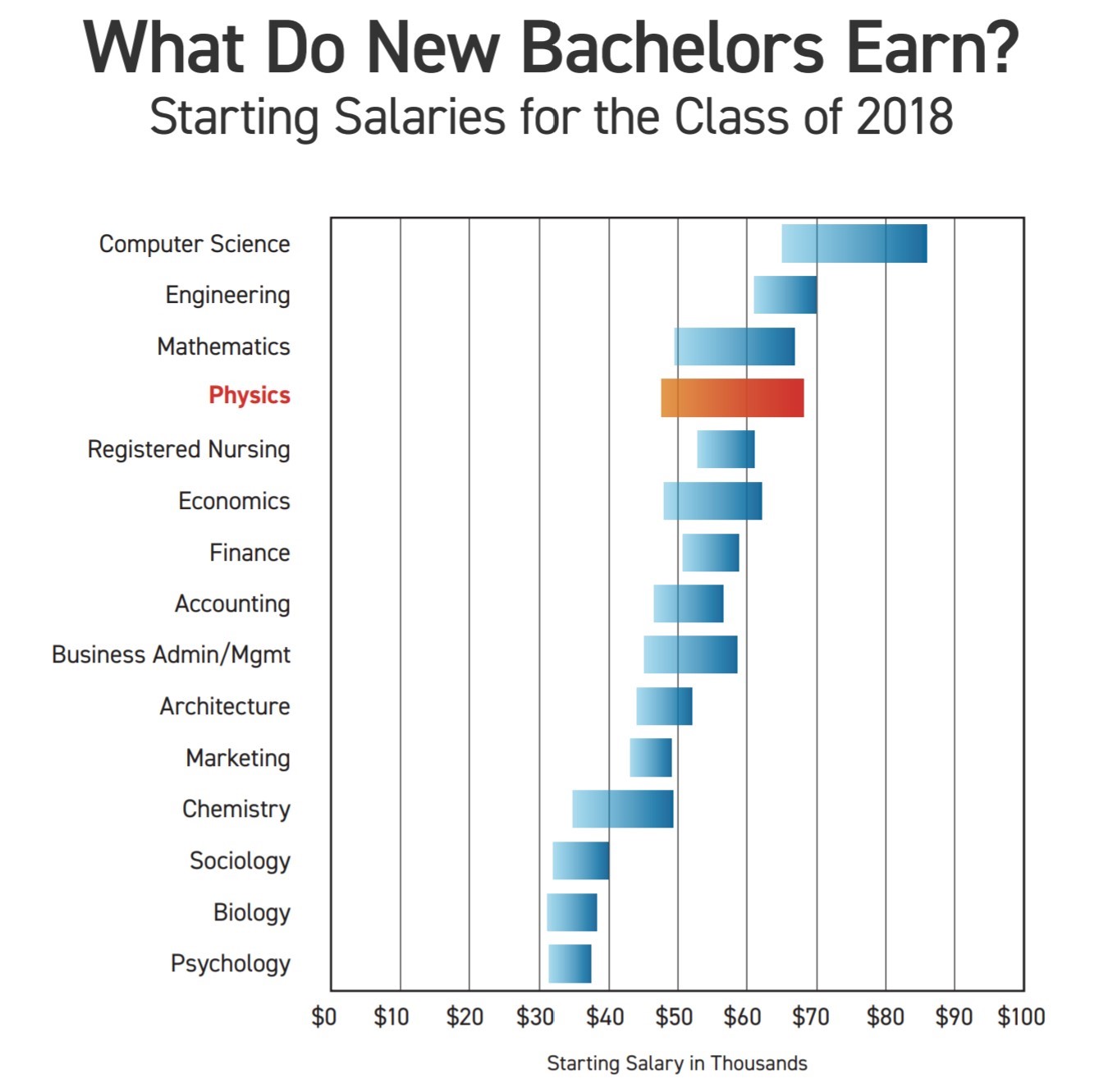 But how does physics stack up against other majors?

Physics is an execllent choice for those interested in a degree with high earning power!

What skills do physics majors use in their jobs? 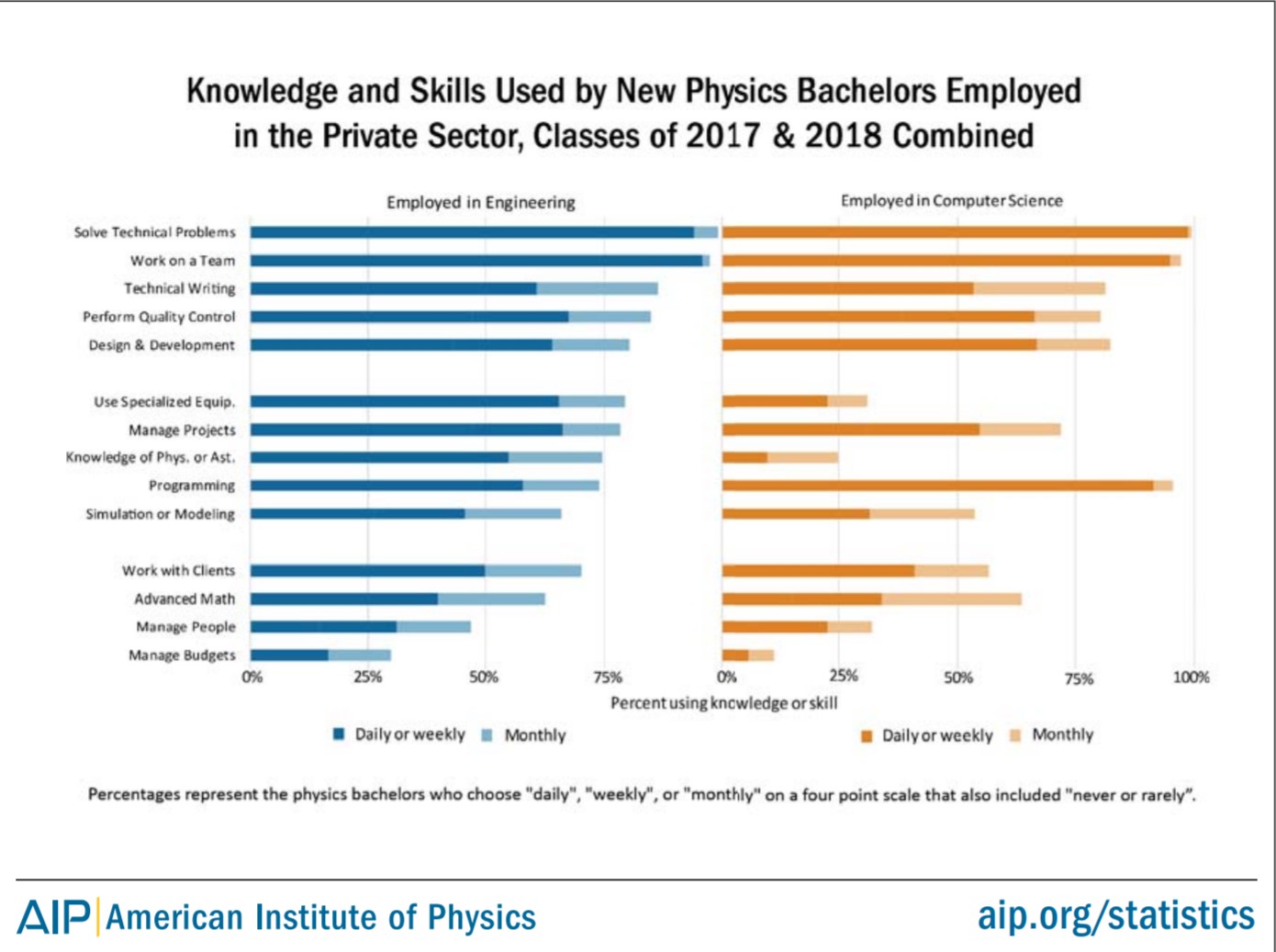 A physics training gives you skills that are applicable to a wide variety of career paths.

How happy are physics bachelors with their careers?