Paul loved space and stars; he wanted to be an astronaut. He discovered a knack and love for physics in high school and knew that you needed a PhD to be an astronaut, so he went off to the University of Washington to study physics.

As an undergraduate Paul joined a research group detecting cosmic rays. In graduate school at the U he continued to study cosmic rays, now studying their origins and developing numerical simulations of their acceleration mechanisms. Part of this research was carried out using supercomputers that are part of the U's Minnesota Supercomputing Institute.

"I found that I really enjoyed using the largest machines in the world to simulate the largest explosions in the universe which accelerate the fastest particles we know of."

After working as a postdoc at the University of Manitoba, Paul is now running a supercomputing cluster at the Harvard/Smithsonian Center for Astrophysics (CfA) helping researchers with their computing jobs. His background in astrophysics helps him understand what researchers need.

"While day to day I don't do astronomy anymore, the knowledge I gained during my PhD has allowed me to think at multiple scales, and to understand what the astronomers at CfA are trying to accomplish."

Director of Data Science and Digital Exploration at KoBold Metals 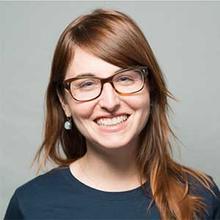 Neither of Jessica's parents worked in technical fields, so it wasn't until her first physics class in high school that she realized how physics uses math to understand the world. Despite being diagnosed with a learning disability, she did so well in her AP Physics class, that her teacher told her to pursue physics in college.

"That was the first time a teacher had ever said to me 'You have a talent, you should do this'," Jessica says.

After earning her PhD in astrophysics at UC Berkeley, Jessica applied to a variety of jobs, eventually choosing to work in the tech industry.

"What attracted me to tech in particular was that it felt like a good way to apply my technical skills but in a way that was more down to earth."

She has since worked as a data scientist at a variety of companies, including Microsoft, Chegg, and Slack. Now, as Director of Data Science and Digital Exploration at KoBold Metals, she focuses on modeling and machine learning. 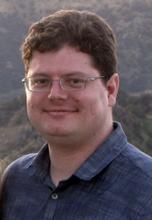 Mark always liked to figure out how things worked. Enjoying all sciences, an outstanding senior year high school physics experience led him to an astrophysics major in college.

"A technical foundation in physics and ability to comprehend complex problems allowed me to get a job that wasn't asking specifically for a physicist."

As an engineer making medical devices, Mark gets to determine and improve upon how they are made. He also uses data gathering and critical thinking to get at root causes of manufacturing issues and to improve the processes.

"The projects I work on are sometimes like my undergraduate physics laboratory classes. Hypothesize, experiment, report. Almost every day I use skills I learned in school such as how to take, analyze and report data."